André manuscript account of his career on letterhead of 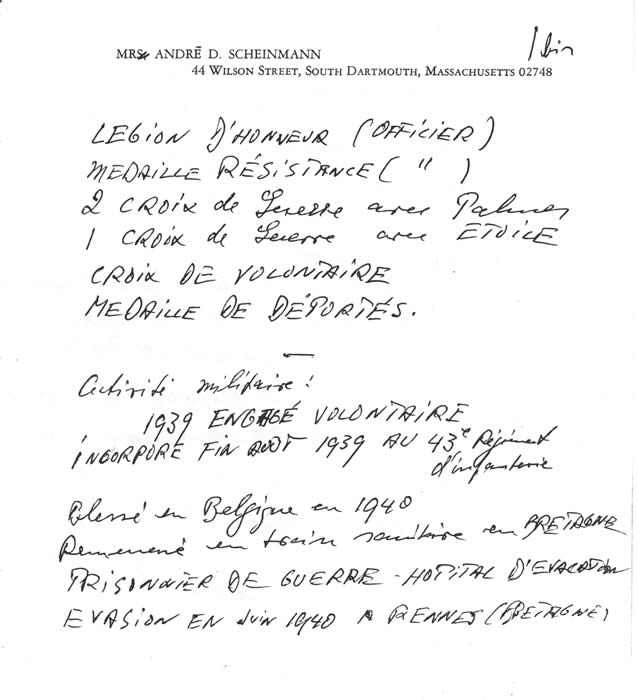 Medal of the Resistance (")

Medal of the Deported

Brought back in Ambulance train to Brittany

Prisoner of war in evacuation hospital

Escape in June 1940 in Rennes (Brittany) 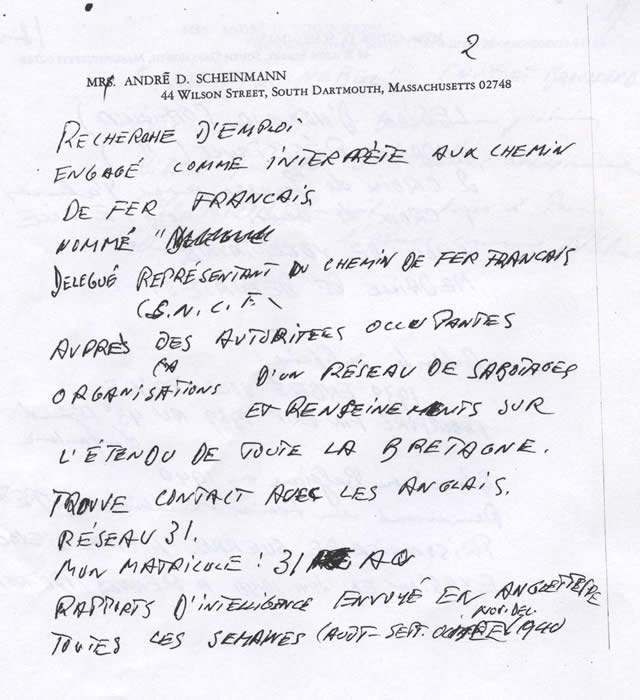 Hired as interpreter at the French National Railroad

Named representative of the French Railroad (S.N.C.F.) delegated to the occupying authorities 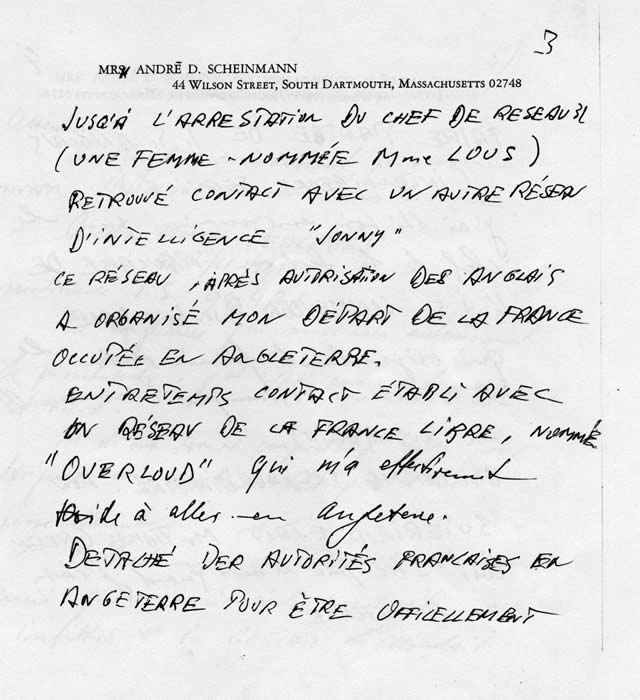 Until the arrest of the head of network

This network after authorization of the English

Organized my departure from Occupied

helped me to go to England.

Detached from the French Authorities in

England to be officially [to next page] 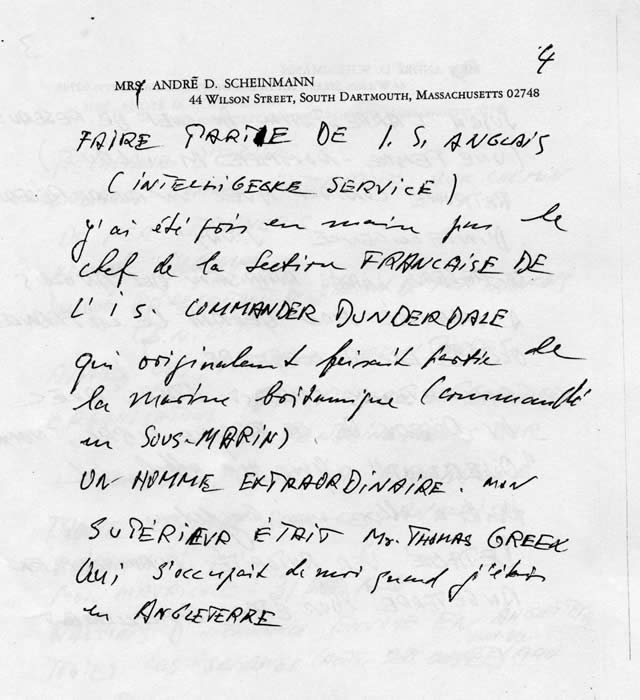 I was taken in hand by the

head of the IS French section of

who had originally been part of

the British navy (commander of

an extraordinary man. My

who minded me when I was 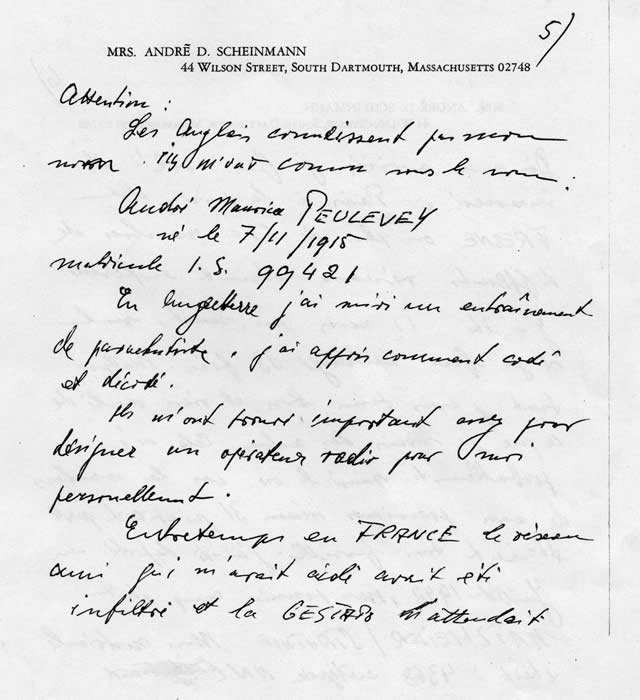 The English don't know my name, They knew me under the name :

In England, I was giving training

In parachuting, I learned to code

They found me useful enough to

Designate a radio operator for me

Meanwhile in France the network

That had helped me had been

Infiltrated and the Gestapo were waiting for 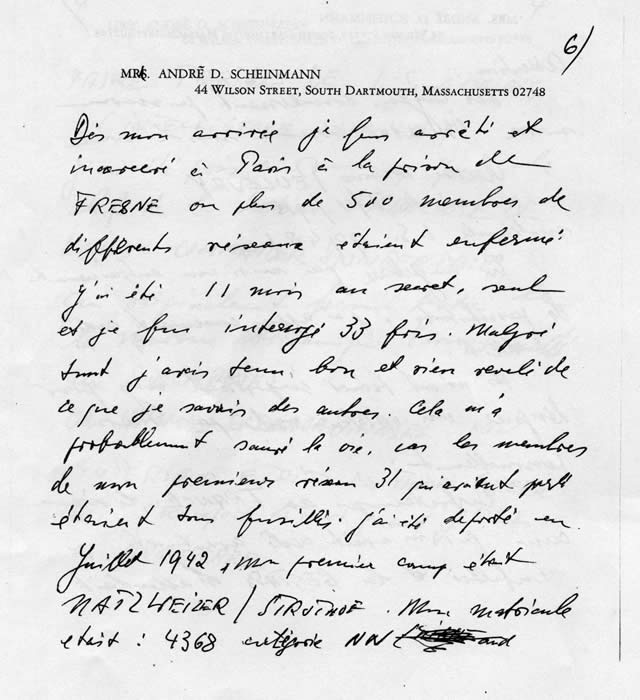 Immediately upon my return I was arrested and

Incarcerated in Paris at the prisone of

Fresne where more than 500 members of

Different networks were shut up

I spent 11 months in secret, in solitary,

And was interrogated 33 times. Through

It all I held on and revealed nothing about

What I knew of others. That

Probably saved my life, for the members

Of my first network 31 who had talked

Were all shot. I was deported in 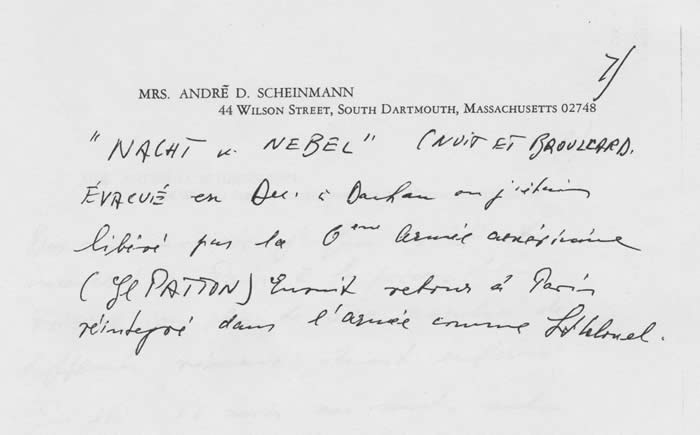 "Nacht u. Nebel" Night and Fog.

Evacuated in Dec. [Sept.] to Dachau where I was

Liberated by the 6th US army

(General Patton) Then returned to Paris

Reintegrated into the [French] army as Lt. Colonel. 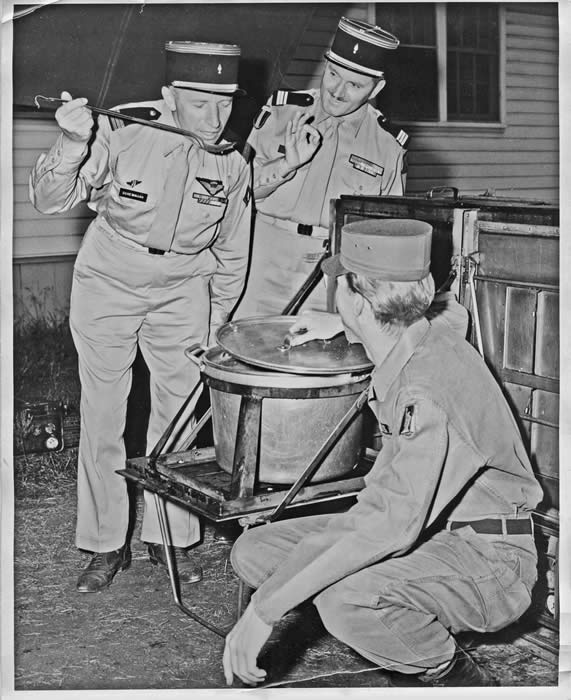 In service in the US as a French officer in the Reserves, André tastes soup on a US army base. 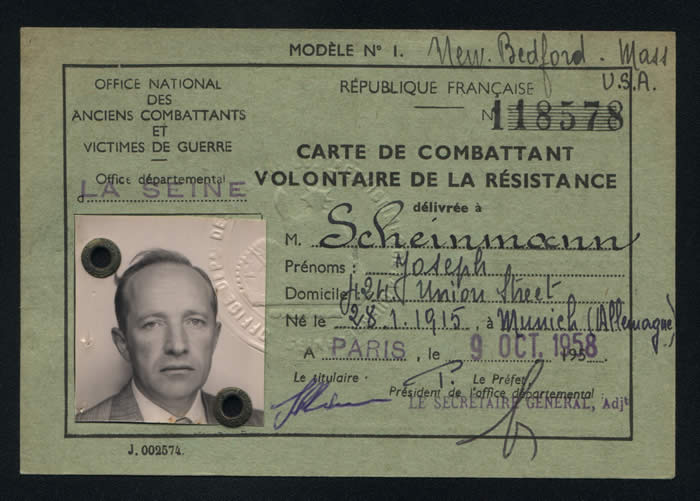 Email us now!   Back to Call Me André